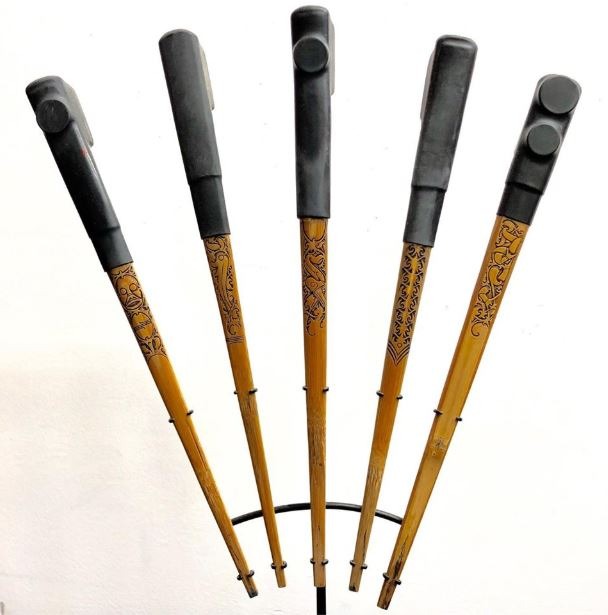 Tebori tattooing technique is an ancient Japanese hand tattooing technique. The tattoo artist, unlike a modern one, uses his hands instead of a machine. The tattoos are designed using a rod of metal or wood, dotted with an array of needles on the one end. It is a time-consuming method but continues to be the choice for local Japanese people and foreigners alike. Though mastering and implementing the art, it takes years of hard work.

Japanese civilization is a mix of contemporary perspectives like traditions, values as well as culture. Japanese tattoos are a huge part of the culture, and the same can be said for any other ancient practice.
The relation between Japanese culture and tattooing is perhaps best represented by the art of Tebori. This traditional art form of Tebori tattoo technique started long before a tattoo machine was ever heard humming in a studio.
Even though the vast majority of tattoo artists in Japan have switched to electric tattoo machines, you can still find many to whom there is value in doing it by hand. Some even use a combination of Tebori and a machine to speed up the process. Though the practice of Tebori continues to have significant cultural roots in the traditional method of Japanese tattoos. But many contend that Japanese culture can only be reflected with the association of Tebori tattoo art to extract the true meaning.

The practice of Tebori is prevailing, not just in Japan which continues to be its hub but across the world. Tebori takes more time and a lot more effort compared to using a modern tattoo machine. So, when you’re in the market for a Tebori tattoo, you need to consider the time, value, and invested in such pieces of body art. Not to mention how much value that art holds for you. Arguably that’s why a Tebori hybrid is generally the method of choice since it offers the right mix of the visual appearance associated with traditional hand tattooing with the speed of a machine.

View all posts by admin →